I’ve been busy making sure all my NPCs work well now that they can speak and things. I’ve added a new sprite animation for my frantically running panda character, so that he will actually stop and talk when the player chooses to interact with him, instead of continuing to run about. I’ve tried to make it look like he’s breathing heavily from all the running!

After the conversation is over, he continues running about. I’ve also placed Ji-sama into the first level, who is one of the two characters in this level who don’t give away any petals and are actually pretty pointless. If you happen to understand Japanese, he actually asks the question “have you found 5 petals?” 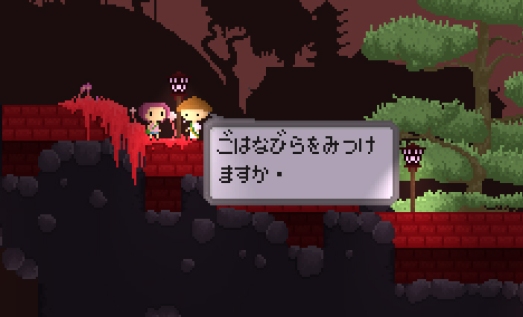 The final character I’ve placed in level one is a character called Renaldo. I originally based this character on Tsukimi from 51 Japanese Characters. Tsukimi is the act of moon watching– “tsuki” means moon and “mi” means watch. When it came to think up an original name for the character, I decided his name should be an homage to Renaldo Moon from Ghibli’s The Cat Returns (simply because his name has “moon” in it!). I recently decided that because Renaldo isn’t a particularly Japanese name, this character should be another English speaking character, who has also been thrown into this strange world and is just as confused. Renaldo however isn’t much of a man of action, and would rather watch and wait instead of rise against the strange problems occurring. I’ve placed him near the end of the first level, where the landscape is elevated and he can get a good view of what’s going on around him. Before you approach this character, he faces away, passively watching the world… 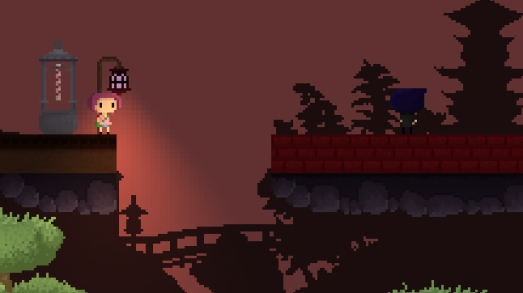 When you come within a certain distance of him, he will turn around. I’ve used the same font I’ve used for the menu when he speaks, so that he actually speaks in English, although he’s pretty useless in the end. The # symbol in strings of text represent a drop in the line, to make sure all the text fits neatly into the text box: 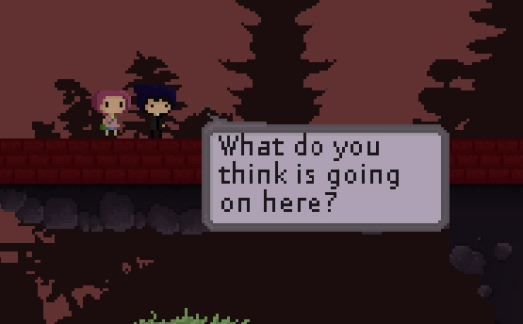 While Renaldo faces forwards, I’ve animated him to have a little smoke while he casually stands and watches. He’s just that cool.

I’ve been writing each character’s lines in an OpenOffice Writer document and pasting them into Game Maker as this way its easier to see what the text looks like in its proper Japanese form! And I can keep track of the English and Japanese romaji versions of what each character is saying, here’s a glimpse of the “script” so far… Please forgive typos and formatting errors as I put this together pretty quickly and well, you’re reading my Blog so you probably know how useless I am at typing and more importantly checking what I’ve written! 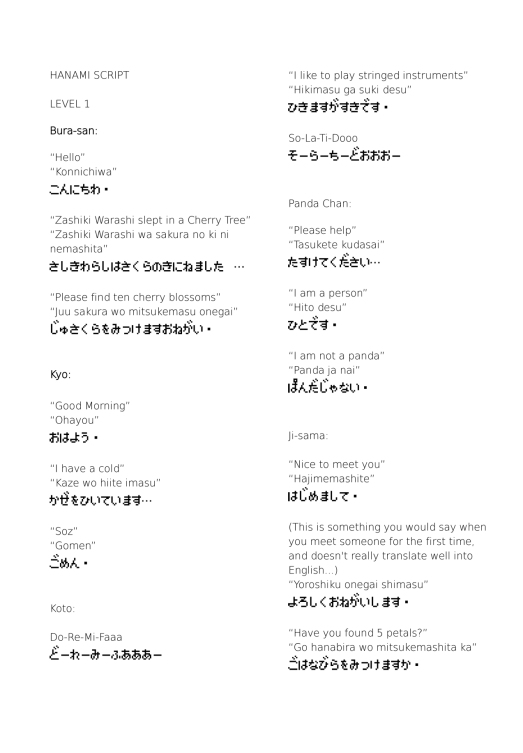