It’s taken me eleven weeks (honestly, longer than expected…) and I’ve finally misplaced my Sharpie :(. The closest thing I could find was my beginner’s fude pen, so I’ve written this week’s target in Kanji with Hiragana subtitles! Its amateurism is probably offensive to the Japanese, so for that I apologise. I’m working on it!

I’ve already started to create Hanami level 2, and actually the main structure is very much in place and I’m filling out the details. I started off by making the platforms all one block colour, which I did in the previous level several times! This time took considerably less because I wasn’t making tiles as I went a long and I knew the sorts of detail I would be adding.

There’s currently no lighting or background in the level, which is why it looks very plain! Although in a way, I kind of like how bright everything looks. It reminds me that I sill need to sort out the ambient colour overlay in the first level, as everything still looks really dim (I actually made it darker to see how that worked out!) 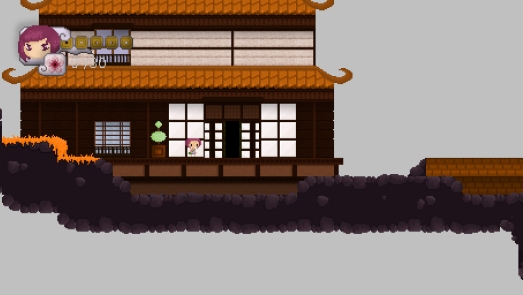 I’ve made a few additions to the tileset to give this level some unique features, but they have been minimal. My old set seems really flexible, especially when it comes to creating new platform shapes. In the screenshot below, you can see a couple of new features like the bamboo fence and square plant pots. This building is supposed to be a roof garden belonging to an ikebana specialist, hence all the plants! I makes the similarly styled buildings more interesting.

As well as continuing the development for this level, this week I’m hoping to wrap up my Game Design Document so that I can produce a nicely designed copy to go into a development folder. The graphic design style used for this will be similar to the one I use in any other physical designs, such as box art and game manual design, which are really the second dimension to the retro re-enactment project! It will probably be fairly minimalist, similar to the style I’ve used so far in my Pecha Kucha presentation and rough idea for album art for my soundtrack (hah!) 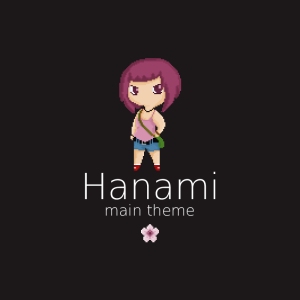